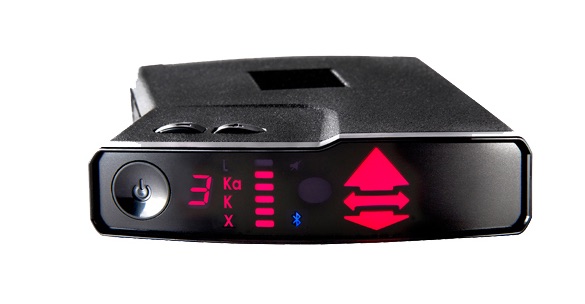 Location, Location, Location: The ingenious Radar Locator points to the threat Ahead, Beside or Behind. We created direction-finding with the original V1; now V1 Gen2 extends that know-how. It scans all around your car; a radar antenna and a laser eye look forward, another antenna-eye set looks through the rear glass.

New LNA technology: The only way to extend range is to detect ever weaker signals. Think of LNA as a signal magnifier. LNA has another benefit—it acts as a one-way valve, trapping LO output before it escapes V1 Gen2’s magnesium case. That’s the key to stealth. V1 Gen2 is practically undetectable. New, and patented,

adds up to a breakthrough in radar early warning. The range increase on Ka band is especially dramatic. Our new K-Verifier weeds out unwanted K alerts. Our free apps enable advanced threat analysis, easy programming, and instant upgrades of V1 Gen2. Smartphone connection via Bluetooth is built in.